The Three Types of ADHD 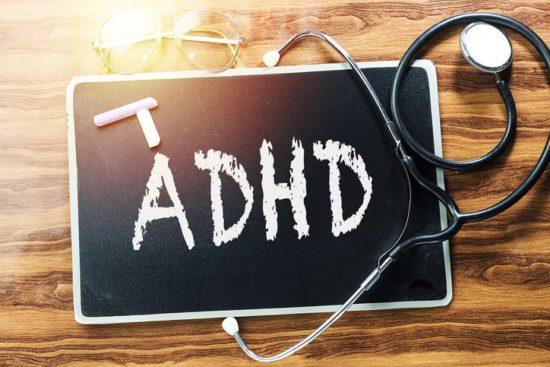 Attention deficit hyperactivity disorder is a condition that makes it more difficult for sufferers to focus their attention and to control hyperactive behaviors. It is a common disorder with signs that often appear by the age of six. Symptoms last for life.

What are the first signs of ADHD?

ADHD symptoms vary between patients. In particular, symptoms can differ greatly between boys and girls. However, most parents and teachers first suspect ADHD due to acting out in the classroom or problems maintaining academic performance.

What are the three types of ADHD?

The three types of ADHD include:

Boys are far more likely than girls to be diagnosed with ADHD based on impulsive/hyperactive symptoms. Sufferers may seem to be in constant motion, have difficulty sitting still, interrupt others, blurt out answers, and engage in risk-taking behaviors.

Inattentive/distractible ADHD is characterized by short attention span, difficulty listening to others, forgetfulness, and poor organizational skills. It is often diagnosed later in life because sufferers tend to conform more easily to most standards of behavior expected in the classroom.

Combined ADHD includes symptoms of both the other types of ADHD.

What type of ADHD is more common?

The most common type of ADHD is the combined type. Conversely, the hyperactive/impulsive type on its own is the least common type. Regardless of patient age, a comprehensive battery of tests must be performed to verify the prevailing type of ADHD.

What are the symptoms of inattentive ADHD?

Inattentive ADHD is characterized by a relatively short attention span, difficulty organizing and attending to details, distractibility, and forgetfulness. Those with inattentive ADHD benefit from resources that help them conceptualize and follow through on multi-step projects or plans.

What are the symptoms of hyperactive-impulsive ADHD?

Hyperactive-impulsive ADHD is characterized by constant motion, difficulty sitting or standing still, fidgeting, excessive talking, difficulty staying on task, and forgetfulness. The person may interrupt others and have trouble remaining quiet. Risk-taking is often more frequent and intense.

What are the symptoms of combination type ADHD?

How to diagnose ADHD?

ADHD is diagnosed through a series of tests including detailed self-reporting from the patient. Parents, caregivers, and others may also submit helpful information. No blood test or other conventional medical evaluation can pinpoint ADHD: A skilled therapist with ADHD expertise must spend several hours with the patient to make a positive diagnosis.

Does ADHD get worse with age?

On the contrary, ADHD typically improves with age. Some medications have been shown to directly improve the health of brain structures that enable long-term attention management. Just as importantly, ADHD patients who receive effective care tend to develop coping mechanisms over time that allow them to manage their time, attention, and energy more effectively.

Can a child with ADHD lead a normal life?

The vast majority of people with ADHD are fully able to engage in life, education, work, and society. Some people with ADHD are extremely successful, and researchers continue to probe the link between ADHD and high creativity. However, achieving their full potential requires that people with ADHD receive sustained, personalized treatment from as early in life as possible.

ADHD is challenging, but patients of any age can learn the habits needed for self-management. It all begins with an accurate diagnosis. Contact Complete Neurological Care to get started today.