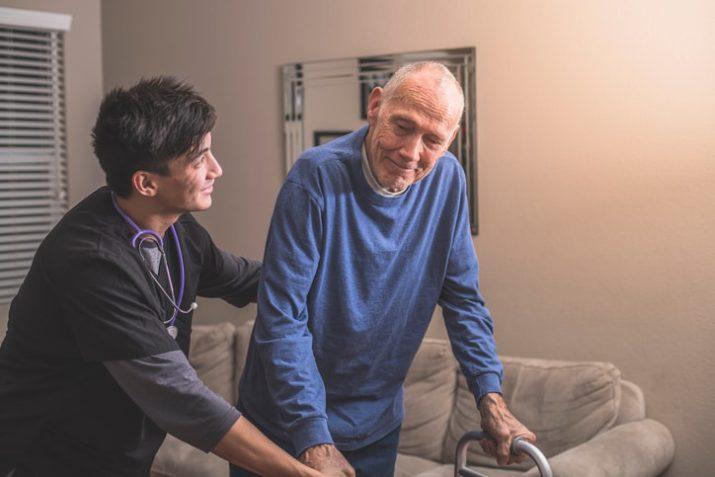 Parkinson’s disease is the second most prevalent neurological disorder in the U.S. One million people currently have Parkinson’s and 60,000 new cases are diagnosed each year.

What Is Parkinson’s Disease?

Classified as a neurodegenerative disease, Parkinson’s disrupts a person’s motor skills due to the loss of brain cells that produce dopamine. During the course of the disease, the patient will continue to lose control of the muscles, leading to trembling limbs and head, inability to balance, slowed gait, and body stiffness. As the disease progresses patients can have difficulty walking, talking, and doing simple tasks. The severity of disease will vary with each patient. While some will live decades with the disease, others will succumb to pneumonia or injuries sustained in a fall.

Most people diagnosed with Parkinson’s are aged 60 or older. However, early onset (21-40 years old) and even child-onset (before age 21) does happen. Studies show that those with Parkinson’s have the same life expectancy as those without the disease, and many can lead productive lives.

How Does Parkinson’s Disease Develop?

There is no known cause for Parkinson’s disease. Physicians and researchers believe that the cause may be a combination of genetic and environmental factors. In fact, researchers have linked certain genes with the disease.

Research also shows that in addition to striking those in their 60s and older, men get the disease almost twice as much as women, and a small fraction of individuals are at greater risk due to family history. Other known risk factors include:

The main symptoms of Parkinson’s include:

The Parkinson’s Foundation characterizes the disease in five stages.

What Are the Treatment Options for Parkinson’s Disease?

Although there is no cure for Parkinson’s disease, there are several different therapies available to delay or alleviate motor-related symptoms. Therapies include medications that increase dopamine, mimic dopamine, or inhibit the breakdown of dopamine. Studies show that starting these therapies early can enhance quality of life and delay the beginnings of motor skill loss.

Those in the advanced stages of motor skill loss may opt for surgery to alleviate their symptoms. Surgical procedures include disrupting the areas in the brain that control motor function and implanting electrodes to stimulate motor control.

If you believe you might be experiencing symptoms of Parkinson’s disease, make an appointment with Complete Neurological Care for an evaluation today. With convenient locations in Queens, Manhattan, the Bronx, Long Island, and New Jersey, our skilled team of neurologists are on hand to diagnose and treat Parkinson’s disease and all neurological disorders.